Fan System Design: What Kind of Fan Should I Use in My Application?

This blog post is part of a series written about HVAC fan system design. The intent of this series is to guide readers through the important questions they should be asking themselves and their design team when designing a fan system. Infinitum Electric's IEs Series electric motor is designed to work cohesively with HVAC and other industrial fan applications and can help alleviate common issues in fan system designs. 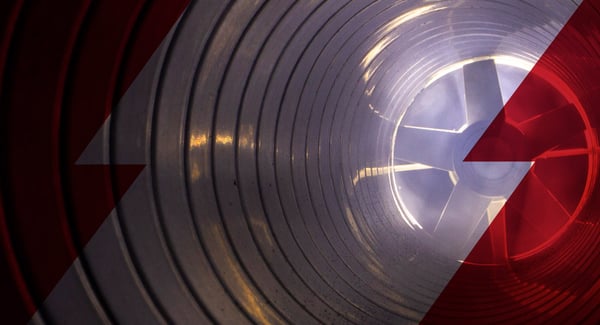 The consumer archetype for a fan is the classic box fan, often placed in an upstairs window of a house to draw cool air in during hot weather. The window fan uses an axial flow propeller to draw air from behind it and blow the air out the front in the same direction. In a window fan application, the air pressure at the inlet and the outlet of the fan are the same. This is true for other applications such as airplanes, ceiling fans, and many more where air movement is the primary performance objective, where increasing air static pressure is not required. 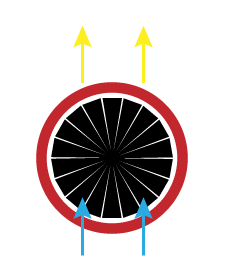 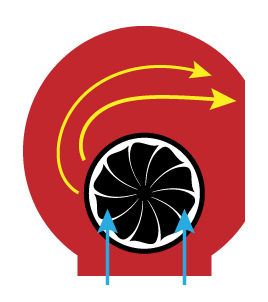 An axial fan uses its blades to draw air in and discharge it parallel to the fan’s shaft, or rotational axis. Centrifugal fans, in contrast, alter the direction of airflow by 90 degrees from the angle of the incoming air. Centrifugal fans are useful in applications where air pressure rise is substantial, and where the change in airflow direction is helpful to the application. One common example of this is a residential furnace. The fan inlet draws air from the return duct and discharges it at 90 degrees, blowing across the heat exchanger into the supply duct – often employing a full 180-degree shift in direction.

There is a third fan category, called the mixed flow fan, which looks like a centrifugal fan at the inlet and a vane-axial fan at its outlet. This design embraces the pressure generating capabilities of the centrifugal fan, with the flow path of an axial fan. It competes directly with vane axial fans. Mixed flow fans generally are slightly more efficient with less noise generating turbulence.

For more information on the different kinds of fans, arrangements, motor mounts, etc., one of our customers, Twin City Fan (TCF) has a "fanpedia".